My year at a Vipassana Center: How it came about I 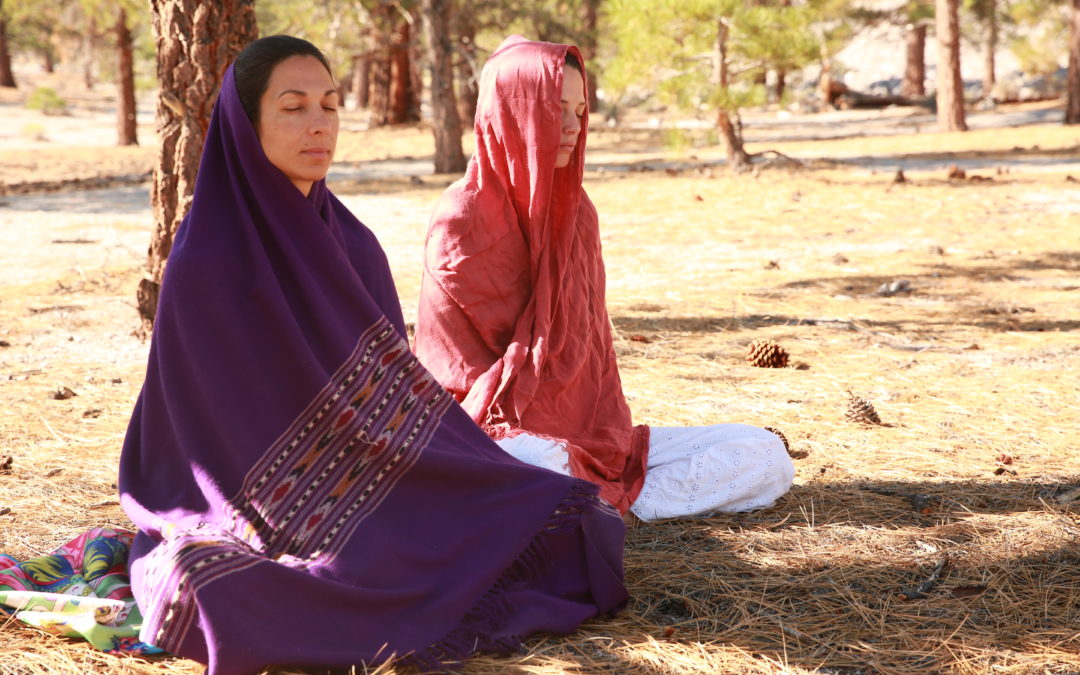 We were all siting at 142 Lea Bridge Road, London, a place of cultural get-together, free exploration and all kinds of young hearted shenanigans. My introverted nature did not put me at the forefront of events, yet I was part of the mix, due to my newly found connection, Shiv – an overtly expressive, dashingly charming, attractive and convincing young Indian man. What he was describing seemed like some rite of passage, some challenge or test, that only those with true conviction can survive. It wasn’t until he said the words “complete silence for ten days” that my attention fully merged with his delivery. “That sounds cool,” I thought to myself. “I have to try it one day.”
Soon after, I spent a year in India, traveling to various parts, including the Himalayan Mountains. In a place called Parvati Valley, where days were met with a customary charras (Indian hashish) culture, I spent a lot of alone time walking through the mountain-top forest. During some of those walks I recall hearing the voice of a male, chanting ancient-like sounds, sounds I would only recognize some time later during my first ten day retreat.
It is said that those who have the calling of Vipassana from a previous lifetime cannot resist upon finding it in a current lifetime. When the seed has been planted, it must grow.
From India I went back to Cape Town, where I had to make the switch back to real life. My life there felt in contrast to my yearning for spiritual fulfillment and even though my practice of Tai Chi and Qigong, which I almost religiously held on to, was a savings grace, something was pulling on me.
One night, I found myself suddenly sitting upright in my bed. It was time to try this Vipassana thing.
Arriving at the retreat center you are assigned a bed and a small space to unpack the limited belongings you brought with you. You are requested to make do with what is given and not a have unreasonable expectations for luxurious accommodation. The retreat center is about an hour outside of Cape Town at the foot of a mountain slope in a beautiful natural setting.
I regretted that the sleeping bag I packed in to sleep in was not enough. In stark contrast to the attitude of abundance I now know is at the core of Vipassana, I felt inhibited to ask for an extra blanket to keep me warm at night.
At lights-off time, I relaxed into the warmth of my body through my mind, while in fact it was absolutely freezing cold. During the day I would work diligently as suggested by the teacher. There was no switching off for me, my mind was at constant awareness in relaxing into what was. I look back now, and think of this discomfort at night as one of the reasons the technique caught hold on me so strongly. Here’s why:
Towards the end of the course you are guided to direct your awareness, observing a rapid flow of energy through your whole body. One night I was lying in bed, still unable to differentiate between mental effort and mental observation. I applied my, then, very concentrated mind to this task of observing the flow of energy. (In actuality this is rapidly observing the energy as it is naturally, appearing as a rapid flow.)
Every time I applied strong effort, the wind would pass by in a gust, to stop as quickly as my my mental effort did. I experimented with this for some time. Was it real? Was I imagining things? Was I manipulating the weather? I was astounded at how this could be and even though I knew it was real, the I did not exclude the possibility of being in a disillusioned trap of the mind. I knew it was real, though. The confirmation would come many months later.
The next day was Mettā-day. The silence would be broken and we’d engage in light communication with the other participants. I had just started enjoying the new world inside, only accessible through silence, which was now sadly coming to and end.
Yet, I was curious. What was the others’ experiences like?
To be continued.